How to Use Modifiers on Physical Therapy Claims: Tips for Private Practice PTs

If you are a physical therapist in private practice, it is important to understand modifiers and when to use them on insurance claims. If modifiers are not used correctly, your claim may be denied by the insurance company. In this article, we will describe the proper use of modifiers for CPT codes that are billed for physical therapy treatments.

There are many different modifiers that can be used for physical therapy CPT codes. Some of the most common modifiers include:

-CO: Service performed by a COTA

-CQ: Service performed by a PTA

-GN: Service performed by a SLP

-GO: Service performed by a OT

-GP: Service performed by a PT

Using modifiers correctly can be confusing and time-consuming. However, it is important to take the time to learn about modifiers and how to use them correctly. By understanding modifiers and using them properly, you can avoid claim denials and get reimbursed for the physical therapy services.

The -52 modifier is used when the service is reduced or less than what was expected. An example of this would be if the patient only receives 30 minutes of PT instead of the 45 minutes that was scheduled.

The -59 modifier is used when the physical therapist provides a service that is distinct or separate from other services provided. This modifier tends to be the most utilized modifier in the therapy world.

The -95 modifier is used when the physical therapy services are provided via telehealth.

What are CCI Edits?

CCI Edits is something that anyone billing physical therapy treatment codes should be familiar with. CCI edits are a list of CPT codes that are billed in physical therapy; this list states any codes that cannot be billed on the same date of service without using a modifier. If a patient receives two services on the same day and they are on the CCI edits list, modifiers must be used in order to get reimbursed by the insurance company.

An example of this would be if a patient received physical therapy treatment code 97140 (Manual Therapy) and 97116 (Gait Training), which are both on the CCI edits list. In order to get reimbursed, modifier -59 would need to be added to one of these codes. By adding modifier -59, you are indicating that these two services were performed on different parts of the body or at different times during the day.

CCI edits are constantly changing, so it is important to stay up-to-date on the most current list on the CMS website. Utilizing these modifiers properly will help to save time and money in your practice, so be familiar with them! 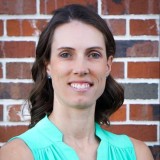 Katie co-founded HENO based on her career as a physical therapist and practice owner of over 10 years. Her understanding of the pain points many practice owners face has equipped her to create practice management solutions that optimize the efficiency and profitability of physical, speech and occupational therapy clinics.

Discover all the ways to streamline your practice with our end-to-end practice management platform.